Training for a Half Marathon 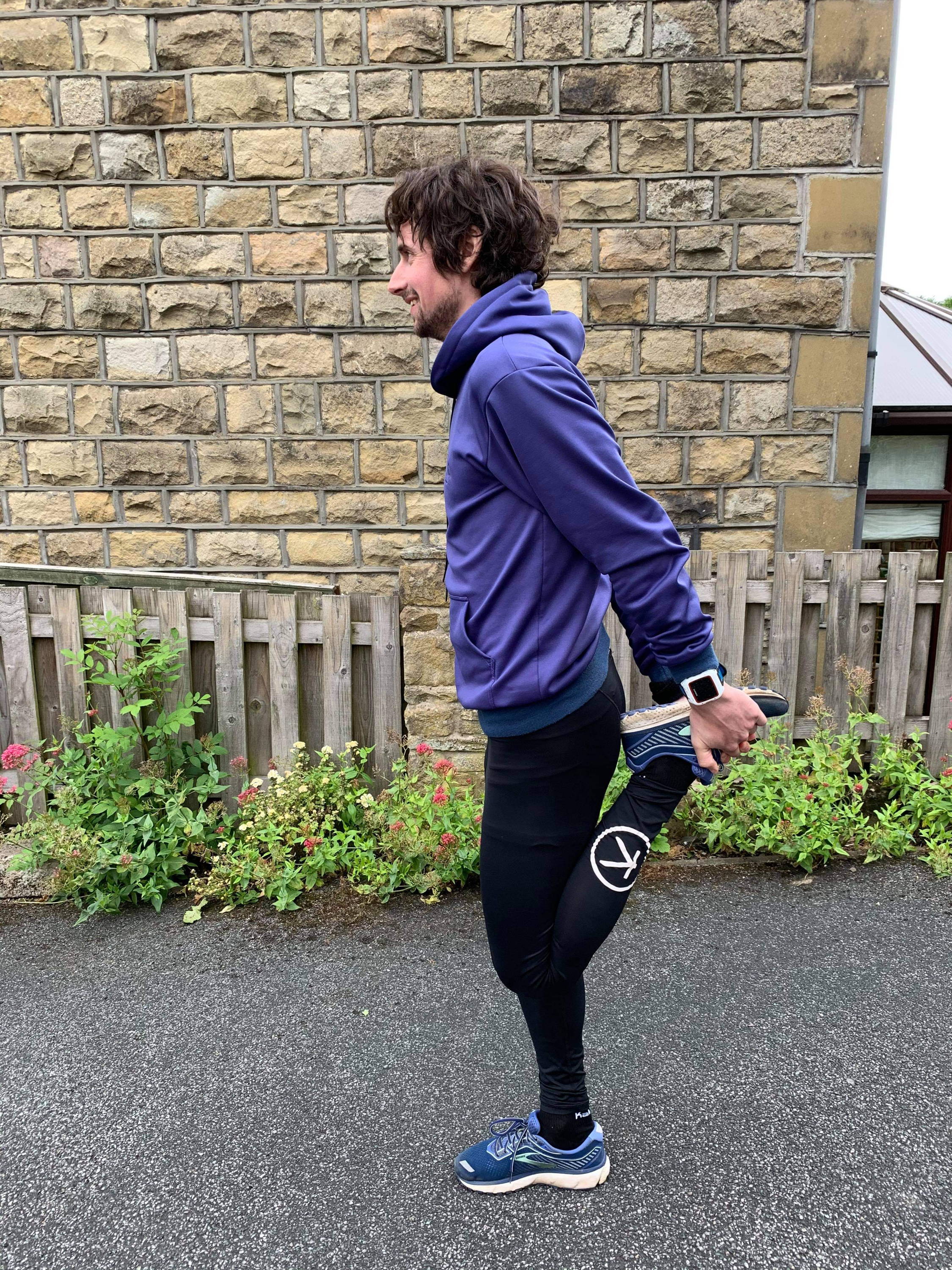 A lot of people get half marathon training completely wrong, often because they don’t give it the respect it deserves. In the eyes of many, because it’s ‘only’ half a marathon, they think it’s the kind of thing you can turn up on the day and run around for a couple of hours. An hour in, they’ve found out the hard way that it’s not just a case of winging it!

We’re not going to prescribe a training plan here – there’s too many variables and as an evidence-based company, we’re not in the business of broad strokes coaching. However, we can give you ideas on how you should train for a half marathon based on what the science says.

A lot of people get half marathon training completely wrong, often because they don’t give it the respect it deserves. Here’s how you should train for a half marathon based on what the science says.

Half Marathon vs Marathon

The obvious difference between the two events lies in the distance, but there’s more to it than that. When we look at training for a distance event, we’re looking at training volume, pacing, specific injury information, recovery information and the like.

Looking beyond the obvious, here’s what the evidence shows to be the main strategic, physiological and training differences between the two events…

There’s not a lot of research around that compares the pacing of a marathon to a half marathon, but one particular study from 2018 [1] shows did just that. It compared the pacing strategies across the events and found something very interesting – in the half marathon, both the male and female runners followed a ‘positive pacing’ pattern, where decreased in speed throughout each phase of the race, suggesting it’s an event where the goal is to reach the finish line with ‘nothing left’.

This differs from the full marathon, where competitors followed a positive pacing until the final 20% of the race, when they increased speed. The evidence of a sprint finish in the marathon suggests a greater level of strategy for the event, holding a little energy back for the end, whereas the half marathon is more of an all-out effort.

Naturally there are higher rates of injury in the marathon (greater volume of training, therefore opportunity for injury), but the reasons for injury in the half marathon hark back to the opening gambit of this article – it’s not taken seriously by as many people.

In a 3 year review study from 2019 analysing ‘Factors Associated with Half- and Full-Marathon Race-Related Injuries’, one of the pertinent points was that ‘shorter distance of longest training run, and no formal training program’ were reasons that half marathon runners picked up injuries during a race. By training for a half marathon seriously, this injury risk would be significantly reduced.

Whether you’re running a half marathon or a full marathon, it pays dividends to be lean. When the body types of marathon and half marathon runners were compared in this 2013 study [3], it became clear that low body fat benefitted the competitors in both events.

The researchers concluded that the half marathon runners tended to be heavier and more muscular, but that was largely attributed to the reduced training and competitive volume.

How to Train for a Half Marathon

When training for a half marathon we have to make sure that we progressively increase distance, but not at the expense of speed. As we saw from the study cited earlier, the half marathon is largely a war of attrition - your aim is to gradually empty the tank over the 13.1 miles and less emphasis is placed on strategy and saving energy back for a prolonged late kick.

With that in mind, there’s an argument for a condensed periodisation approach, with the base level endurance work limited and much more emphasis placed on speed endurance. Likewise, there’s limited requirement for top-end speed because it’s not as much of a feature.

There’s credible research pointing towards less focus on volume and more focus on intensity [4] when it comes to speed endurance. The goal should be to improve your ability to maintain a faster speed for a longer period of time, which mirrors the most effective half marathon strategy.

Studies predicting half-marathon success in recreational runners also back up this approach. A 2014 investigation found that running speed in training was the most accurate predictor of half marathon success [5]. If you want to run a half marathon well, you absolutely must spend the majority of your training time maintaining a fast average speed.

Depending on your starting point, your 12 week training programme should be broadly split like this…

When working at a higher intensity, recovery becomes even more of a factor. KYMIRA sponsored athlete and coach, Will Usher, tells us how important recovery is to his own coaching philosophy, ensuring his athletes get plenty of rest…

“we insist on the importance of recovery. We build a de-load (low intensity training and rest) week in their training schedule but if you miss out on that your body just can’t keep up and won’t get any stronger. You’ll just be a broken mess all the time.”

A half marathon training plan will require around 10-12 weeks of running up to 40 miles per week, so there will need to be a lot of recovery time factored into the training. The recovery approach needs to be practical, easy, accessible and effective.

With our patented KYnergy fabrics, the KYMIRA clothing will help to improve training and competition performance by improving muscle efficiency [6], speeding up recovery and preventing injuries.

Take a look at our running range and see how the KYMIRA technology that has taken athletes to Olympic and World Championship titles can help you and your performances.