Core Training For Runners – Run Away From Bad Advice 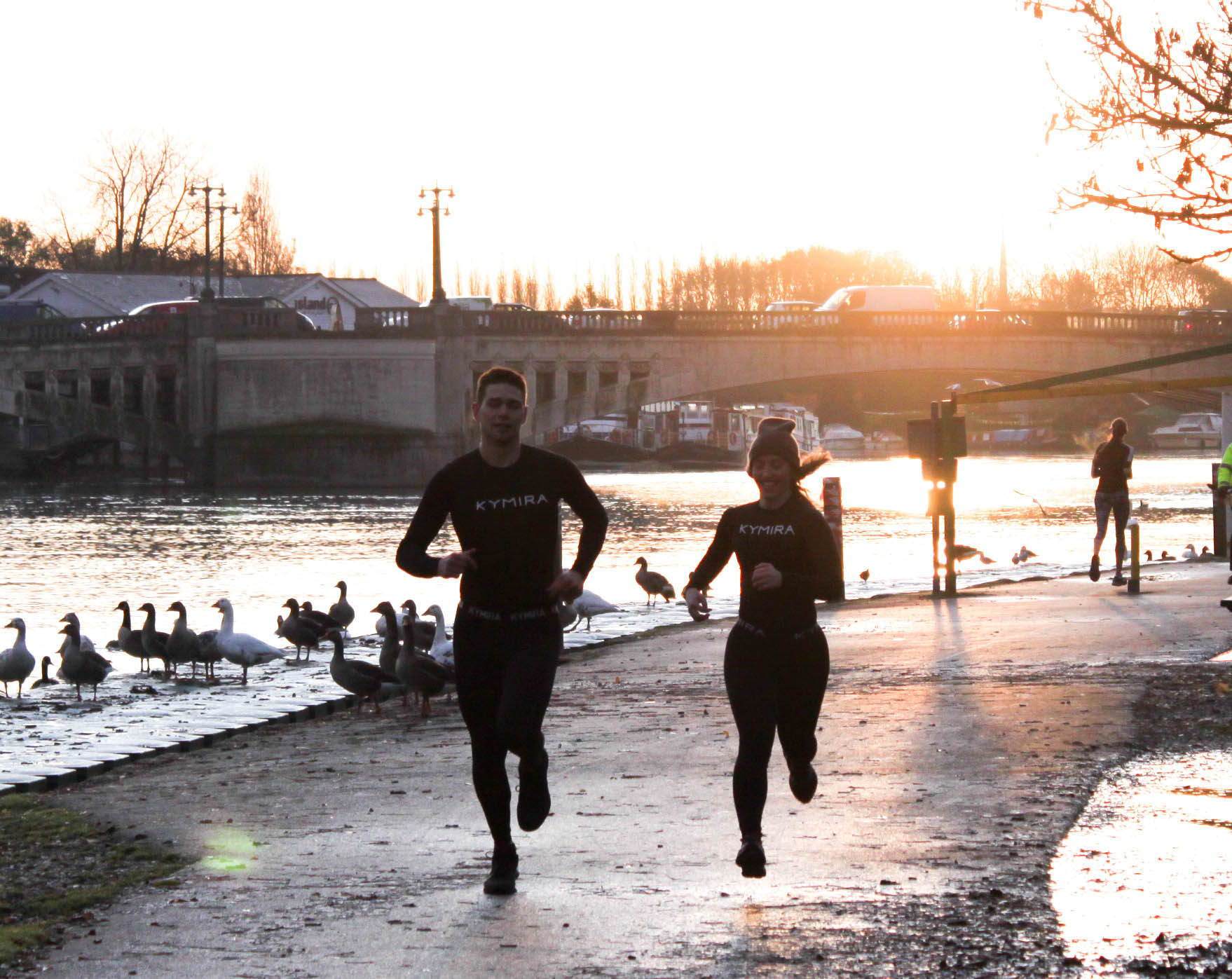 Somehow, the term ‘core training’ has become an umbrella term for a one-size-fits-all prescription of exercises, with little real thought or consideration for what we’re actually training the core for. Read a core training for runners programme and you’ll see the same re-hashed series of exercises, most of which don’t bear the slightest resemblance to runners and the demands placed on the core by running.

A bodybuilder wouldn’t train his legs the same way a runner would, so why do we assume that when it comes to core training for runners, we should repeat the same few exercises that other sportsmen and women use?

The difference between ‘exercise’ and ‘training’ is simple. Exercise is activity for enjoyment and health promotion. Training is performing activity with the purpose of becoming better at a particular skill, event, or activity. That’s why not all running programmes are the same – you train for a Tough Mudder differently to how you’d train for a marathon, for example.

Core training for runners means building a particular core strength that is ideal for running. One that allows you to maintain form, prevent injury and improve performance during a run. We can break down the running stride, look at the demands of the sport and then build a programme that helps the runner improve their training and in turn, improve their running.

The core is key to running form. It provides power transfer, stability and injury prevention. We'll show you how to build a core strength training programme for running.

Before we go any further, we have to define exactly what the core is. If we’re going to be talking about core training for runners, it’s handy if we’re all on the same page.

The core is effectively the musculature that comprises of the deep and superficial abdominals (abs are multi-layered, not just the surface six-pack), the lower and mid back, and the hips/pelvis. When we refer to the core, we’re referring to this muscle group. Think of it as the power link between the upper and lower body.

It provides power transfer, stability and injury prevention during movement, hence why it’s so important to an active population. A weak core can lead to all kinds of problems from an injury or performance point of view.

The reality is, as much as some coaches would like to espouse the virtues of ‘perfect’ running form, such a thing doesn’t exist. The human body isn’t built to a standard blueprint – we have different lever lengths, tendon elasticity, biomechanics, hip alignment etc. What we can strive for is our own version of perfect form.

The core is key to running form. Excess rotation of the torso can lead to power and propulsion leaks, as well as early-onset fatigue. A weak core limits the force generation from the hip and knee drive. Core instability also increases the possibility of injuries to the hips, lower back and (thanks to the knock-on effect), knees.

It’s not unfair to suggest that your core training should be one of the fundamental pillars on which your training is built upon, such is its importance.

Why Core Training for Runners is Different…

When we run, there are four major issues the core and torso have to deal with…

We’ll address each of these movements one at a time and I’ll show you an exercise that helps to build a running-specific core strength.

Weight Transfer From Side to Side

A running programme should include single-leg strength training exercises, helping with impact protection and strengthening work for the limbs. The core suffers a similar issue in running, because there’s a weight transfer from side to side.

The Alternating Single Leg Plank is a way of isolating individual sides, making them stronger and more able to resist running impact. Aim for 4 sets of 30 seconds per leg.

Rotation of the Torso and Hips

During the running gait, the torso will naturally rotate. We want to prevent this, so should focus on anti-rotation exercises. Here are a couple of exercises that will really help to prevent over-rotation of the torso…

The Pallof Press is a fantastic anti-rotation exercise. Watch the video below and see the form. Remember, you want the band under a lot of tension – it should be pulled tight, otherwise it’s easy! The band will pull you in the direction of its anchor point, whereas it’s your job to resist it. Aim for 3 sets of 12 per side.

Barbell Rotations are another great anti-rotation exercise. The weight of the barbell will naturally pull you into a rotation, but use your core to stay upright, resisting the rotation. In the video below (ignore the wobbly camera work), pay attention to the upright torso of the lifter throughout the movement, even when the weight is at the bottom the rotation of either side. Aim for 3 sets of 10 per side.

Do me a favour. Stand up and push your fingers into the muscles that run either side of your spine in the middle of your back. Keeping your fingers pushed into these muscles, walk around for 10-20 steps. Notice what happens – those muscles switch on and contract with each step, don’t they?

That’s walking. Imagine increasing the force by a factor of 8 (which is what happens when you run) and performing anywhere from 3,000 to 40,000 steps.

Every single core programme for runners will mention planks etc, but NOBODY mentions the importance of strengthening the back. That’s why, ladies and gentlemen, so many core programmes for runners are ineffective and leave runners with a bad back. They ignore one of the most important elements of core training!

KYMIRA core programmes won’t neglect the back. Not on my watch!

Here’s a couple of exercises you won’t see in my core training for runner’s programmes, but I promise you they’re effective.

Single Leg Romanian Deadlifts combine the single-leg and back strengthening elements with the balance and stability elements that help efficient running. They’re a great exercise for runners, so make them a fundamental aspect of your core training. Perform 4 sets of 10 per side.

Single Arm Kettlebell Swings are another great exercise for runners. They strengthen the glutes, hamstrings, lower back, they activate the calves and train muscles eccentrically. There’s an anti-rotation element for the back and core. They’re a Jack-of-all-trades and another fundamental strength exercise all runners should perform. Aim for 4 sets of 15 per side.

Towards the end of a run, when we’re getting tired and form is breaking down, one of the common issues is a forward-lean with the torso. The way to correct this is to strengthen the core and the back.

The Barbell Front Squat that does this, whilst also training the legs. By placing the weight at the front, the torso is naturally pulled forward. The body learns to resist this by strengthening the core and upper back, maintaining an upright posture. Perform 3 sets of 15.

Here’s the full workout for you, without the descriptions…

Perform this workout twice per week and you’ll build a core that will propel your running forward and reduce your injury risk significantly.

I appreciate there’s a lot in this article that is unconventional and challenges standard practice when it comes to core training, but I hope that given my break down and explanations as to why each exercise is in the programme make sense and push you to look at how you train this incredibly important body part.

Regardless of how far you run, whether you’re a Park Runner, a Marathoner or just run around playing 6 a-side football, a strong core is a huge advantage. Take the lessons learned in this article and apply it to your own training.