The importance of Cardiorespiratory Endurance for Distance Runners and Endurance Training 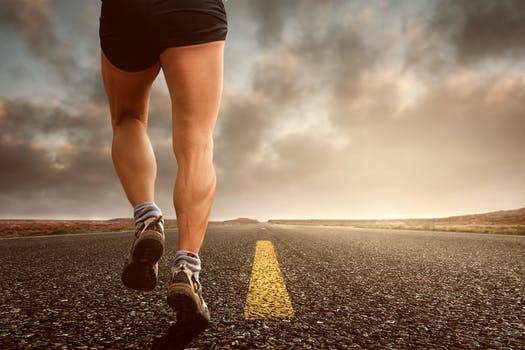 We are living in the time of fast solution to everything. Even when it comes to training for a half- or full-length Marathon, life-hacks and quick preparation tricks are offered all over the internet.

However, when it comes to endurance athletes, especially marathon runners, the principles of the modern world may not apply.

Understanding the science behind Cardiorespiratory Endurance [CE] can help you develop optimum stamina and a power boost when it is needed most.

Aerobic training is generally defined as exercise that increases or improves the use of oxygen by the body. Running is a form of aerobic exercise.

In running, there are three levels of training intensity; Low, Moderate and High

While each level has its pros and cons, one important difference is when body fat is burned.

However, the final (24-hour) effect is approximately the same in both cases. Naturally, higher cardiovascular benefits are achieved in the case of high-intensity training.

There is a linear relationship between heart rate and exercise intensity. The more intense the exercise, the higher the heart rate, which requires a greater oxygen supply.

The heart rate of an average healthy adult is about 60-80 heartbeats per minute, while healthier individuals and professional athletes have a lower pulse and require less recovery time after each training session.

The heart is a muscle which can [and must] be trained.

Well trained individuals have a stronger heart muscle that pumps a larger amount of blood into the bloodstream. On the other hand, a weaker heart has to beat faster, with more effort, to meet the body's needs.

Monitoring is critical because it allows the trainer to decide which intensity zone should be expected. Of course, according to the age and sports discipline goal:

FThe essential element required to produce movement in the human body is ATP (adenosine triphosphate). This chemical substance is stored in the muscle cell and is used to "fuel" the onset and continuity of muscle contraction [required for movement].

ATP is consumed and reproduced repeatedly to generate biological functions such as cell regeneration and muscle building.

Anaerobic activity, such as sprinting, requires glucose very quickly to cope with sudden and major energy needs. To deal with these sudden explosions of power, glucose bypasses the normal energy-generating pathways which use oxygen. Instead it saves time by following different routes which don't require oxygen. However, instead of producing the usual 38 molecules of ATP per molecule of glucose, the body can only make 2 using this anaerobic reaction. Under these conditions, the glucose is only partially broken down and is converted into lactic acid instead of carbon dioxide and water. To create a large amount of ATP in this way, a large amount of glucose is consumed, causing the glycogen stores in the body to decline rapidly. So, this high-speed production of ATP can only be sustained for 90 seconds. A high concentration of lactic acid is produced as a byproduct of this rapid glucose disruption.

Lactic acid prevents energy production by creating an acidic environment in the body that ultimately prevents muscle contraction. For this reason, no one can run or ride a bike at great speed for a long time.

During aerobic exercise, ATP is produced in the usual way, using oxygen. In this system, glucose is completely split into carbon dioxide, water and energy rather than lactic acid. The energy demand is slower and smaller than in an anaerobic because, it takes longer to transport enough oxygen from the lungs to the muscles, than to use the oxygen to generate ATP. However, under these conditions, a glucose molecule can generate up to 38 ATP molecules. Aerobic energy production is therefore about 20 times more efficient and can be maintained for a longer period of time.

This system represents the maximal muscle effort that lasts only 5-10 seconds. For example, explosive movements such as sprinting or weightlifting. This system uses existing stores of ATP and phosphocreatine. However, availability of ATP is limited, so when power output is greater, as in high intensity, ATP stores are quickly depleted, and rest is required.

This system is primarily active in maximum intensity physical effort lasting from a few seconds to a minute. Such racing efforts are present in 100m to 400m sprints, 50m swimming, etc. In this system, a limited amount of ATP is produced and lots of glycogen is used. At the same time, no oxygen is used, with maximum lactic acid production.

This system is prevalent in longer muscle efforts from a few minutes to a few hours. Such activities include endurance running, cycling and all subliminal efforts. In this arrangement, glycogen and fatty acids are used mainly. Producing an unlimited amount of ATP with the necessary presence of oxygen, lactic acid production is very low.

Lactic acid is produced during most types of exercise, not only during anaerobic activity.

An exception is the kind of explosive activity that involves a single lift during a weightlifting training or a 20-meter sprint running in a football match. In these cases, existing ATP and creatine phosphate or CP stocks are enough for energy needs. No glycogen is needed, and no lactic acid is produced.

During a low-intensity aerobic exercise, such as a moderate jogging or fast walking, lactic acid is slowly produced by glycogen/glucose and removed before it can concentrate. In other words, the body monitors the rate of production and does not hamper energy production. As the intensity of an exercise increases, for example, by fast walking, then jogging, and finally sprinting, more and more lactic acid is produced.

When the body can no longer remove lactic acid as quickly as it is produced (for example during a long-distance race), the acid starts to gather and ultimately prevents energy production and muscle movements. This painful effect is commonly referred to as cramp.

The best thing to do in this case is to slow down or take a short break to allow more oxygen to become available to the muscles.

During rest, lactic acid is removed naturally, allowing the training or race to continue. Such a slowdown is sometimes called "payment of debt to oxygen".

Maximum oxygen intake or VO2 max is the maximum amount of inhaled oxygen that can be used by the body. It usually reflects the level of physical fitness.

The percentage of VO2 max that we use at a specific time can be correlated with our heartbeats through the equation:

Glucose is stored in our muscles and liver as glycogen. The liver usually can store up to 100g of glycogen which is about 400kcal. The muscles of an average adult typically contain about 400g of glycogen, which is roughly 1600kcal. But this amount may vary from 50g after exercise up to 900g for a very muscular athlete. In this case, we are talking about 3600kcal.

Fat, on the other hand, is primarily stored as a layer under our skin [in the adipose tissue]. Further fat is stored within the muscles, approximately 300g of intramuscular triglycerides (IMTG). All remaining fatty acids, triglycerides and the like, keep circulating in the blood plasma.

During exercise, all available fuels are mobilised from these stores for use, mainly within the muscle. The priority source depends on a number of factors.

Before using glycogen as fuel, glucose needs to be broken down.

The fats are used as triglycerides are broken down into pieces of fatty acids in a process called lipolysis. In resting state or in low and medium intensity aerobic exercise, the main fuel comes from long-chain fatty acids (LCFA).

The heart zone usually ranges between 50-60% of our maximum beat per minute (BPM). It’s the easiest and most comfortable way of training. This is an ideal training level for people who have just started a training program or those who are not fit at all.

The heart zone is also great for people who are used to walking long distances. Walking is a low intensity activity, therefore doesn’t burn calories significantly. Also, it does not improve the cardiopulmonary condition.

However, for elderly or injured people, walking, especially in a controlled environment such as gyms or physiotherapy centres, helps to reduce cholesterol levels and high blood pressure.

This category ranges from 60-70% of our maximum BPM. In the fat burning zone, 85% of the burned calories are coming from fat, 5% from protein and 10% from carbohydrates.

This intensity is perhaps the ideal level for athletes. Why? A research has shown that at this heart rate the amount of fat eliminated from the fat cells and the corresponding amount of fat stored in the muscles is adjusted. So, our body will release more fatty acids for energy while it also adapts to burn fat as the main source of energy. This is extremely important, especially for athletes who want to follow the ketogenic lifestyle and become fat adapted.

Maybe it seems too similar to the previous category, but the difference is in the burned calories. If the calories are coming from fat, they are significantly larger in number.

The aerobic zone is the ideal solution for those who want to increase their durability for long distance races! The intensity varies between 70-80% of the maximum heart rate.

This type of training will directly improve the overall functioning of the body, while a direct and obvious result will be visible in the size of the blood vessels, which means an improvement of the circulatory system. It also improves and stabilises the respiratory rate, as well as the possibility of getting more oxygen to the lungs and arteries.

In addition, the amount of blood corresponding to each heartbeat increases, hence the time for recovery becomes shorter. In this zone, 50% of the burned calories are derived from glucose and the remaining 50% comes from fat

It varies between 80-90% of the maximum pulse rate. The main advantage, in this case, is the increased supply of oxygen that the body can take during exercise.

This means a rapid improvement in cardiorespiratory functions, an increase in physical endurance and, of course, an increase in the ability for faster recovery of the trained muscles.

Since the volume is much higher, more calories will be burned. But in this case, 85% of calories come from glucose, 15% from fat and less than 1% from protein.

In this zone, we train to the maximum of intensity at a rate of 90-100% of our maximum heart rate.

Quite simple, the heart cannot beat any faster! Of course, it is considered dangerous, especially for someone who is not accustomed to this kind of physical stress.

In this category, we burn the highest number of calories, but 90% of them are derived from glucose, only 10% from fat and almost no protein. It's such an intensity that only a few people would endure it for more than 10 minutes.

Whether you are a professional athlete, extreme amateur or just an enthusiast who would love to run a marathon race one day, it’s very important to understand and choose your zone of training.

Preparation for long distance running takes months and it should be always done with the advice of a professional trainer and the consultation of your medical care provider.

If you are a healthy adult, you can choose which is your level of current stamina and endurance and then set your ultimate goal.

Psychological preparation also plays a major role. By paying the same attention both to the body and the spirit, anybody can achieve ultimate results.

Has this explanation, of the science behind the sport, helped you? Understanding can often go a long way towards increasing your motivation to do well in an area you may otherwise skip. Let us know if this is good to know…

If you are interested in further understanding how to improve your sport performance, check out our other blogs including Debunking Myths: Women in the Weights Room and How Weight Training can help Enhance Runners Performance