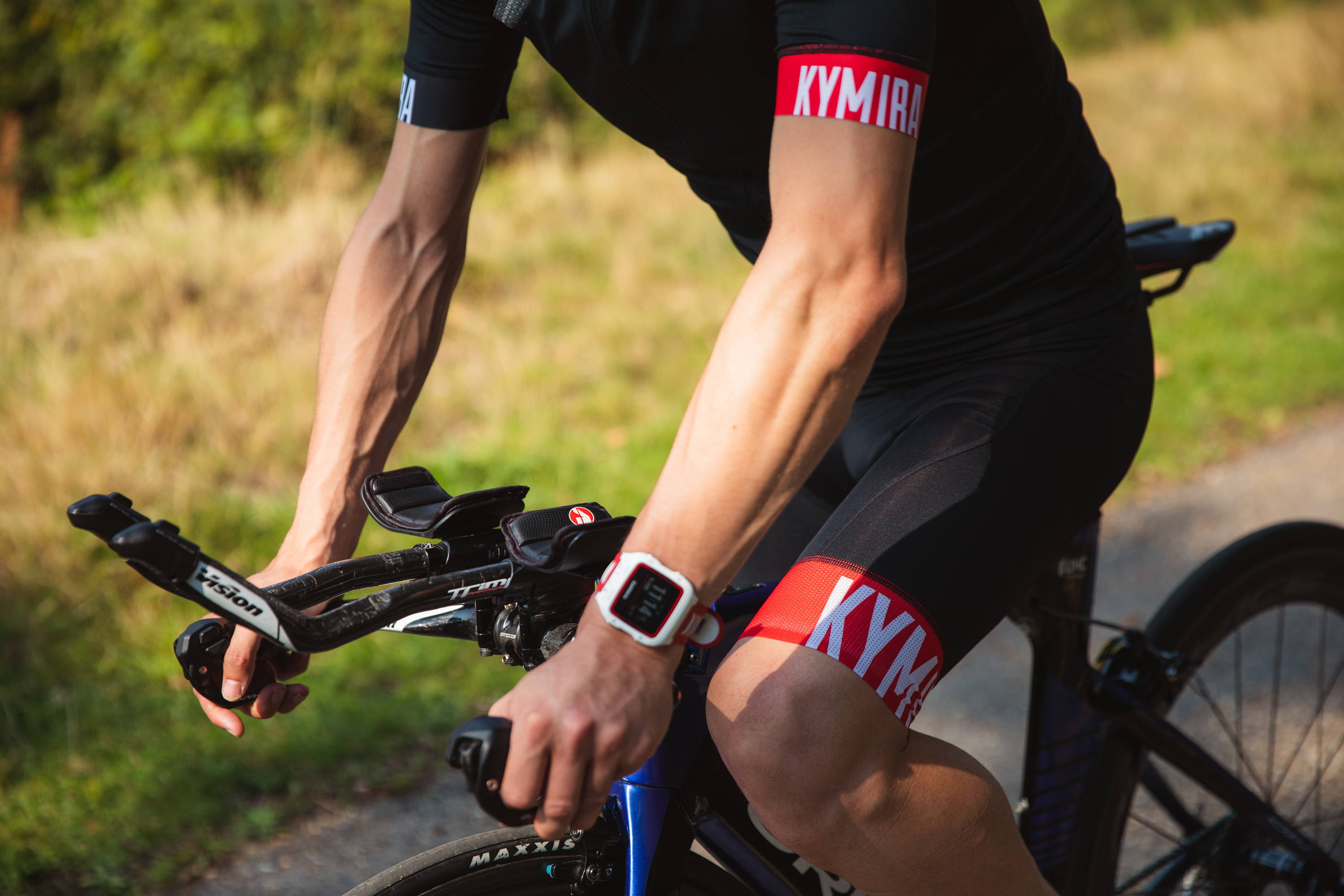 As winter turns to spring, our attention switches to the opposite end of the temperature spectrum – keeping cool.

When the mercury creeps northwards we have to adjust our temperature control to ensure we don’t allow ourselves to overheat and dehydrate during training and competition. With spring days frequently nudging into the mid to high 20s, it’s a very real concern during long distance rides or runs.

In this article we’re going to look at the impact of overheating on physical performance. We’ll also investigate the unique way the KYnergy fabric used to make KYMIRA clothing helps to manage thermoregulation.

As winter turns to spring, our attention switches to the opposite end of the temperature spectrum – keeping cool. By wearing KYMIRA clothing you help to thermoregulate more effectively and optimise performance in the warmer weather.

Overheating and the impact on physical performance

Overheating is known to have a detrimental effect on physical performance, but the extent to which heat affects an athlete is dependent on a number of factors including fitness level, ambient temperature, hydration status and type of exercise [1]. This means essentially that no two cases are the same and as a result blanket advice is difficult to prescribe.

We know with certainty that acclimatising to higher temperatures allows for a significant improvement in physical performance when exercising in the heat. Research suggests that a period of 1-2 weeks is sufficient [2] although longer is more desirable if possible. What is also apparent is that training in the heat has a positive impact on performance when you return to a lower temperature environment – an effect which has echoes of the altitude training model, where training at altitude makes for more efficient oxygen usage at sea level [3].

But to what extent does heat impact performance? What does the data show?

In a study involving elite footballers [4], two games were played in different temperatures, 21 degrees (ambient) and 43 degrees (hot). The study showed that in the hot conditions total distance covered was 7% lower and the high intensity sprints were 26% shorter, suggesting time to exhaustion was reduced, especially at higher intensities.

In a larger scale study involving statistical analysis of Stockholm marathon runners over a 28 year period (1980-2008), there was a clear link between the heat and finishing times [5]. In warmer conditions the finishing times were slower, the average completion times were slower and the number of non-finishers were higher. The data analysed thousands of runners and the results were statistically significant, proving that endurance performance is impacted by the heat.

When we overheat, we sweat more and become dehydrated – one of the most powerful performance reducing factors. When studied with treadmill protocols, reduced fluid intake led to a reduction in exercise performance [6]. As expected, these results were not limited to treadmill performance, as proved in another study involving cyclists.

In a 2020 study on the ‘The Effects of Dehydration on Metabolic and Neuromuscular Functionality during Cycling’ [7], subjects were assessed in a dehydrated and hydrated state. As expected, cycling performance was impacted in the dehydrated state, but interestingly neuromuscular data showed lower muscle activation and significantly increased heart rate. This means that the heart was working harder despite reduced power output from the muscles – in a hydrated state we’d expect the opposite.

It’s important to remember there’s no ‘set’ fluid intake requirements – they depend on the person, their requirements and the conditions. Allowing the athlete to drink fluids when they want appears to be the best approach, rather than forcing a fluid schedule on them.

Competition for blood flow impacting performance in the heat

Part of the reason exercise capability reduces in the heat is down to competition for blood flow. As we know, blood carries oxygen to the tissues and removes exercise by-products. Despite this, in hot temperatures blood flow to the skin is also required to reduce body temperature [8] – the proximity of the blood to the skin surface helps us to cool down, hence the redness many people experience during exercise.

This competition for blood flow compromises the ability to carry oxygen to the muscles, the lungs and internal organs, reducing our ability to maintain a high work output in higher temperatures, especially when we aren’t acclimatised fully. The good news is that we can offset some of these impacts with clothing that helps thermoregulation.

How KYMIRA clothing helps to thermoregulate and optimise performance

There’s another level to the performance improvement (and actually the longevity of the garments themselves) – they’re SPF rated 35 and they’re also antimicrobial, killing bacteria and preventing the clothing from smelling during sweaty wear. This explanation for how the process works is taken directly from the KYMIRA Sport website…

Our technology contains the mineral Quarts Dioxide. This is not included for infrared purposes, but rather its ability to absorb shorter wavelengths of UV light which is harmful to us. Once absorbed, it converts UV into a longer wavelength which is then more harmful to microbes. This dual effect gives our products a minimum rating of SPF 35 and an antimicrobial effect.

What is clear from the research is that overheating has a significant impact on performance – even before we consider dehydration. By wearing KYMIRA clothing you help to thermoregulate more effectively and optimise performance in the warmer weather.

To see the range of KYMIRA garments, visit our shop.